Congratulations to all of those that competed and supported the Southside MMA team at the Queensland State BJJ Championships over the weekend.

Once again, thank you to all those who came along with the team to train, compete and support Southside MMA at the comp. Without such support, training, and our family members, this all won’t be possible. 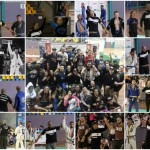 Southside BJJ Gyms Near Me